Welcome to music by David Rose...

In the early 1940's The Mutual Radio network's California Melodies proved to be a fantastic venue to showcase many of Rose’s great compositions. Broadcast from Hollywood's KHJ radio studios to affiliates all over the USA for Sunday evening listening. MORE OTRcat.com 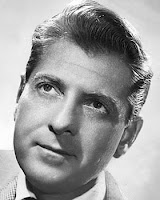 David Daniel Rose (June 15, 1910 – August 23, 1990) was an American songwriter, composer, arranger, pianist, and orchestra leader. His best known compositions were "The Stripper", "Holiday for Strings", and "Calypso Melody". He also wrote music for many television series, including It's a Great Life, The Tony Martin Show, Little House on the Prairie, Highway to Heaven, Bonanza, and Highway Patrol under the pseudonym "Ray Llewellyn." Rose's work as a composer for television programs earned him four Emmys. In addition, he was musical director for The Red Skelton Show during its 21-year run on the CBS and NBC networks.

We are Amazon.com associates 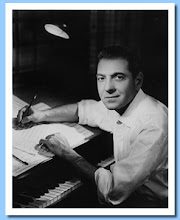 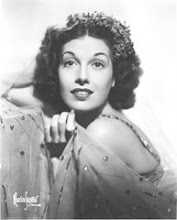 California Melodies aired from 1940 to 1942 and featured composer David Rose and singer Maxine Gray. The show was a huge orchestral production featuring Rose's music and was broadcast from Hollywood. The music was easy on the ears and quite pleasing and melodic.

"From out of the west to you," California Melodies features British director and composer David Rose and singer Maxine Gray. David Rose is best known for his exotica, space age and cocktail hour recordings.His 1944 hit composition, "Holiday of Strings," went on to become the theme song for Red Skelton shows.

California Melodies proved to be a fantastic venue to showcase many of Rose's great compositions. Broadcast from Hollywood, this large orchestral program is easy on the ears and lifting to the heart.